The adrs achieves its aims with a team of enthusiastic committee members who generously give their time and talents voluntarily to further the cause of the adrs objectives.
Our Society is privileged to have active representatives located in major cities throughout Australia including Sydney, Melbourne, Brisbane, Adelaide, Perth and Canberra.

Why not get involved? Contact any member of the committee to join us at adrs.

Mark held the position of Tutti Oboe/Cor Anglais with the Opera Australia Orchestra for the last 30 years, or so, finishing there in September of 2020. He also has a keen interest in teaching the Oboe and music education more broadly. He was on Opera Australia’s Education Committee supporting mentorship programmes for both NSW Regional Conservatoria and the Sydney Conservatorium for 10 years.

Anne recently retired from the West Australian Symphony Orchestra where she was Principal Bassoonist for thirty years. She continues her involvement in music in solo appearances and with various West Australian ensembles including the Perth Symphony Orchestra and the Perth Chamber Orchestra. Anne teaches in a number of schools where she is a strong advocate for the use of the Mini-Bassoon in upper Primary Years.

Alan, originally from Adelaide started both oboe and bassoon in his student years; oboe initially took over after a stint in the ABC Training Orchestra in 1968 which led to playing 2nd Oboe and Cor Anglais firstly in the Elizabethan Trust Sydney Orchestra, later in 1975 moving to Hobart (yea!) and playing in the Tasmanian Symphony Orchestra retiring from there in 2001. In retirement (?!) there has been quite a bit more bassoonerie, both on Baroque and also his beloved Buffet.

Secretary Stephen Moschner is a founding member of the ADRS in 1996 and studied Oboe at the Sydney Conservatorium of Music and Victorian College of the Arts. He is a busy administrator as well as performer and has worked with orchestras in Australia and overseas, and on events ranging from the Opening Ceremony of the Sydney 2000 Olympic Games to local concerts.

As an international artist, oboist Briana Leaman has studied, performed and taught throughout North America, Europe, Asia, and Australia.

A native of South Carolina, Briana completed her Bachelor's of Music Performance at the University of South Carolina with Dr. Rebecca Nagel in 2013. Upon finishing her Master’s of Music Performance with Sébastien Giot and Christian Schmitt at the Haute École des Arts du Rhin in Strasbourg, France in 2016, Briana relocated to Melbourne, Australia where she currently resides with her husband, saxophonist and conductor Joseph Lallo.

Matthew began learning bassoon at age 15, becoming the only bassoonist in his rural hometown of Cooma in NSW.

Originally a flautist, he commenced tertiary studies on both instruments at the Australian National University (Canberra) before deciding to major in bassoon. After receiving the Erika Haas Prize for the most outstanding instrumentalist of the year, he transferred to the Queensland Conservatorium Griffith University (Brisbane) where he graduated with a Bachelor of Music in 2016. 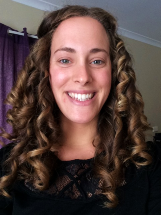 Kate first began learning the bassoon at 13 years of as a music scholarship student, after swapping from learning the clarinet. Following her schooling she continued to pursue her interest in, and love of the bassoon through a Bachelor of Music degree at the University of Western Australia, later completing her Honours (First Class) in Orchestral Performance at the University of Tasmania.  During her tertiary studies she performed locally, interstate and internationally with a number of ensembles, including the Australian Youth Orchestra and the West Australian Youth Orchestra, performing under the baton of Peter Moore OAM, Arvo Volmer, Vladimir Verbitsky, Ennio Morricone and other notable conductors, and following tertiary studies, participated in international orchestral training programs in Europe before returning to Perth.

Caryl started the bassoon with Thomas Wightman at the Elder Conservatorium in the early 70s and has been playing ever since.

Caryl is a founder member of the Unley Symphony Orchestra and has also played with many other community groups throughout Adelaide. After teaching English and French at various State Secondary Schools she is now happily retired and plays regularly withthe Arbor Wind Quintet, Flinders University Chamber Ensemble, AdelaideSummer Orchestra and Notos Nonet.

She has been an active committee member of the SA Branch of ADRS for the last 10 years and is the sub-editor of Reeding Matter.

Christina began her musical career on Oboe and Violin in England before moving to Australia in the early 1980's. WIth oboe as her primary instrument Christina joined the RAAF in 1985 becoming the first woman musician in an Australian Airforce Band where she stayed for seven years. After a 25 year break from music,  Christina took up the oboe again and is passionate about being a "born again oboist" playing whenever she gets the opportunity. When she isn't playing Oboe Christina enjoys playing Alto Saxophone and is learning to play jazz, a whole new experience for her and vastly different from classical.